I’m writing this evening from the train. I departed from Freiburg for the final time shortly after 16:15.

I checked out of the Ferienhaus just after 10 this morning, and took my luggage to the bus stop. I took the bus to the railway station and left my luggage in a locker there – costing €5, I could spend as much time in the city as I wanted without having to carry all my stuff around with me.

I headed in to the pedestrianised old town. Freiburg is an old university town, and the buildings of the University of Freiburg were some of the first I passed. The library is a bit more modern than the university itself! 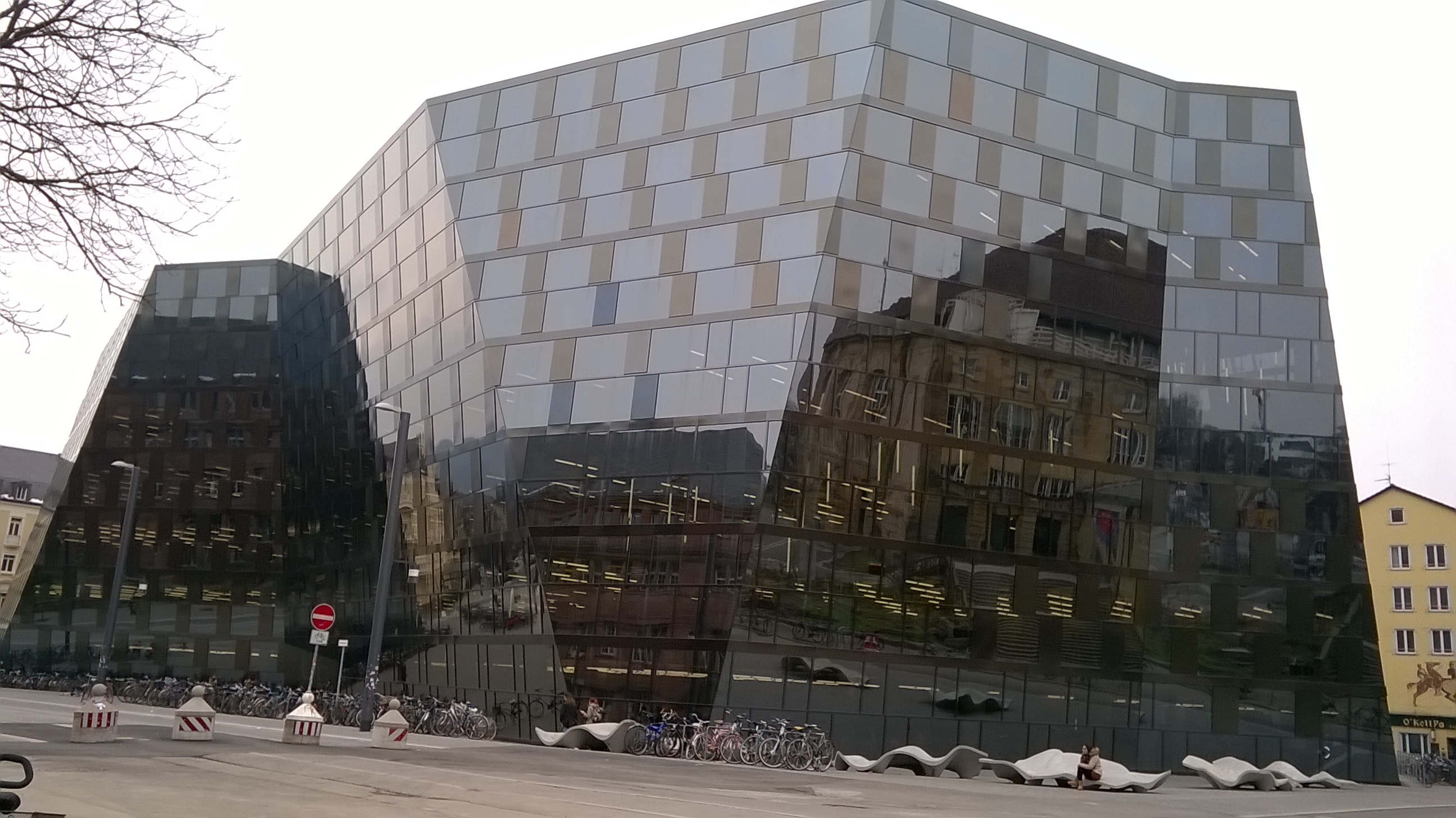 Just along the road a bit and you’ll find the Theater Freiburg.

After taking photos of the buildings I pushed further on in to the centre of the Altstadt. I headed to the Tourist Information point in the town hall so I could buy some last minute postcards. The old town hall and the new town hall are located right next to each other.

Above: The new town hall. Below: The old town hall / tourist information.

In the tourist information point I bought some postcard of Freiburg and then headed up the street to the Augustinermuseum. The museum presents a collection of art from the Middle Ages through to the Baroque as well as 19th century paintings.

It is worth pointing out that if you buy a Tageskarte (day ticket) for €7, this gives you access to several museums so you only have to pay once.

With this in mind, my ticket still in hand, I went to the Museum für Stadtgeschichte (Museum of City History). Housed in a former residential building from the late Baroque era, the museum is full of objects from the city’s 900 year history, including models of Freiburg from around the year 1600 and from 1700.

Then it was on to the Münster – the cathedral. For over 700 years life in the city has revolved around ‘Unser Liben Frowen Bauw’ (Building of the Blessed Virgin). Construction work started in 1200 and was not finished until 1513.

Here are a few more photos from inside the cathederal:

The cathederal tower is open from 1pm on Sundays, and for €2 you can walk up it to enjoy the view. Its a narrow, spiral staircase.

Outside the entrance to the tower a sign tells you its only 209 steps until you get to the Kasse (the bit where you pay). Then, after 2 steps you’re inside the building and another sign tell you “only 207 steps to go”.

Above: The view towards Schwabentor.

Above: Schloßberg is where I was walking yesterday.

Before too long I walked back down the narrow, spiral staircase and was rather relieved to be back at ground level. It didn’t feel all that safe up there!

Here’s a glance back up to where I was viewing from:

Opposite the town hall lies another interesting building – the Historisches Kaufhaus, or Historical Merchants’ Hall. It stands out from everything else in the square because of the colour it is.

I headed for lunch at the Freiburger Backhaus – fresh bread, cakes and hot chocolate… Deliciuous!

As I headed back to the railway station, I took a quick detour to take a photo of the Herz-Jesu-Kirche, which lies just a couple of minutes away by foot.

Finally, I returned to the railway station, collected my luggage and boarded my train to Basel.